Ambuja Cements is the most profitable cement company in India, and the lowest cost producer of cement in the world. One of the major reasons that Ambuja Cements is the lowest cost producer of cement in the world is its emphasis on efficiency. Power consists over 40% of the production cost of cement. Ambuja Cements Ltd improved efficiency of its kilns to get more output for less power. Thereafter Ambuja Cements set up a captive power plant at a substantially lower cost than the national grid. Ambuja Cements sourced a cheaper and higher quality coal from South Africa, and a better furnace oil from the Middle East. As a result, today, the company is in a position to sell its excess power to the local state government.

India's cement industry is a vital part of its economy, providing employment to more than a million people, directly or indirectly. Ever since it was deregulated in 1982, the Indian cement industry has attracted huge investments, from both Indian and foreign investors, making it the second largest in the world. The industry is currently in a turnaround phase, trying to achieve global standards in production, safety, and energy-efficiency. India has a lot of potential for development in the infrastructure and construction sector and the cement sector is expected to largely benefit from it. Some of the recent major government initiatives such as development of 100 smart cities are expected to provide a major boost to the sector. The cement market in India is expected to grow at a compound annual growth rate (CAGR) of 8.96 percent during the period 2014-2019. In India, the housing sector is the biggest demand driver of cement, accounting for about 67 per cent of the total consumption. The other major consumers of cement include infrastructure at 13 per cent, commercial construction at 11 per cent and industrial construction at nine per cent. To meet the rise in demand, cement companies are expected to add 56 million tonnes (MT) capacity over the next three years. The cement capacity in India may register a growth of eight per cent by next year end to 395 MT from the current level of 366 MT. It may increase further to 421 MT by the end of 2017. The country's per capita consumption stands at around 190 kg.

A total of 188 large cement plants together account for 97 per cent of the total installed capacity in the country, while 365 small plants account for the rest. Of these large cement plants, 77 are located in the states of Andhra Pradesh, Rajasthan and Tamil Nadu. The Indian cement industry is dominated by a few companies. The top 20 cement companies account for almost 70 per cent of the total cement production of the country. The eastern states of India along with the border states will be the newer and virgin markets for cement companies and will contribute to their bottom line in future. In the next 10 years, India will become the main exporter of clinker and gray cement to the Middle East, Africa, and other developing nations of the world. A large number of foreign players are also expected to enter the cement sector in the next 10 years, owing to the profit margins, constant demand, and right valuation. 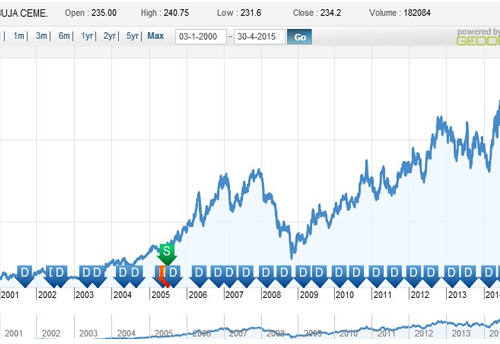 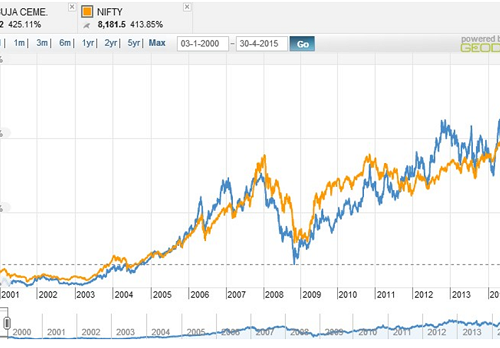 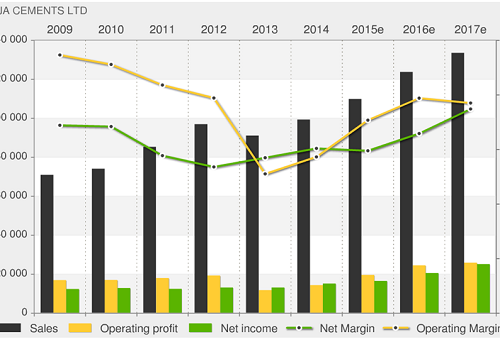