Founded as 'Canara Bank Hindu Permanent Fund' in 1906, by late Shri Ammembal Subba Rao Pai, a philan- thropist, this small seed blossomed into a limited com- pany as 'Canara Bank Ltd.' in 1910 and became Canara Bank in 1969 after nationalization. Canara Bank is en- gaged in providing a wide range of banking and finan- cial services in retail banking, wholesale banking and treasury operations.

Can fin homes has received egulator Sebi's approval for raising up to Rs 300 crore through a 'rights issue'. se- biissued its final 'observations' on the draft offer docu- ments on December 8, according to the latest update by the capital markets regulator.

Issuance of 'observations' on offer documents by Sebi is considered as a clearance to the issuer to go ahead with the share issues through routes like IPOs, FPOs and rights issue.Can Fin Homes, promoted by Canara bank, is primarily engaged in the business of housing finance.The company intends to utilise the net pro- ceeds towards "augmentation of capital base", which would result in an increase in networth and enable the company "to meet future capital adequacy require- ments". 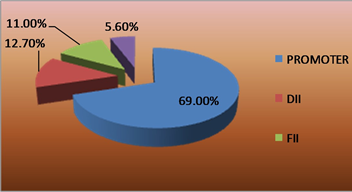 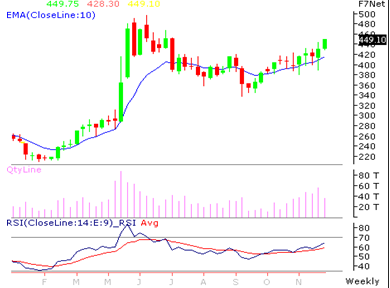 CANARA BANK is looking strong on charts. We advise to buy around 440-445 with stoploss of 425 for the targets of 460-475 levels. RSI is also showing upside momentum in it on daily charts.