India is the world's second-largest cement market and has added 110 million tonnes of cement by way of capacity in the last five years. India's cement sector capacity stood at 460MTPA as of December FY 2017 and is expected to increase by 5.0-5.5% y-o-y in FY 2018. India has 575 operational cement plants in the country and this industry is largely dominated by private players (98%). The top 20 cement companies manufacture around 70% of the total cement and a larger share of bigger plants are situated across southern and western parts of India across the states of Rajasthan, Andhra Pradesh, and Tamil Nadu.

The cement industry is dependent on natural resources and is highly energy intensive. Natural resources like limestone, coal and minerals are essential to produce cement. The industry needs to ensure the continuous supply of these materials at an optimum cost and quality, however due to the depletion of reserves, this is becoming challenging. Volatility in the price of coal is also an area of concern for the industry. The quality of raw material additive and mineral gypsum is also depleting. The MMDRA Act’s new notification as of 12 January 2015, stated that the renewal of Mining Leases and grants of Mining Leases and Composite Licenses will happen through Auctions. For continuous operation, there is a need to secure limestone with a minimum reserve of 50 years.

The year was a relatively slow and difficult one for the industry. Cement demand was flat at 1% during the year, affected mainly by demonetization but also because of sand shortage, implementation of the Real Estate Regulatory Authority Act, weather implications and introduction of GST. A slowdown in the housing sector, which utilizes 65% of India's total cement, also led to the deceleration. Ban on sand mining, use of pet coke and diminished market concentration of industry leaders are some of the other contributing factors. Rural demand was affected by less-than-normal monsoon, while cement demand from industrial capital expenditure was adversely affected due to existence of excess capacities across various industrial sectors.

The ready-mixed concrete industry (RMC) has been considerably successful globally. RMC in India is still at a nascent stage. RMC accounts for only about 10-12% of the total concrete production in India, which is a small number as compared to western countries, where it comprises 50-70% of the total concrete consumption volume. The penetration level in the metropolitan and tier-I cities is relatively higher and accounts for about 35-40%, while in tier-II cities penetration level is about 20%. Over the past year, there has been a rise in demand for RMC due to technological improvements and innovations. The central government is pushing for more infrastructure development as well as completing on-going projects in a time bound plan. Government is also focusing on the creation of “smart cities” which would lead to the construction of commercial, residential and recreational centres, along with public utilities like roads and railways. This will boost the prospects for RMC as a viable alternative to traditional concrete. RMC is also finding better acceptance among the most real estate developers in the country, especially in urban areas. Thus, the potential for this segment remains quite large.

For the above reason, manufacturers have stepped up efforts to improve capacities in this sector. Increase in demand for RMC is expected to boost cement production as well, as cement is the most essential component of RMC. RMC is expected to account for up to 25% of the total cement consumed by 2022, as predicted by Cement Vision 2025.

India’s total cement production is nearly 297 million tonnes, as of 2017-18. From last two years, almost 15MT Production has been increased year on year. As it shows how much demand has been increased for the cement sector in India. The following are the top companies in terms of production.

Meanwhile, LafargeHolcim’s other subsidiary Ambuja Cement, sales benefit from more infrastructure projects, improved sand availability and increased government spending in the first half of 2018. Its sales volumes of cement grew by 6% YoY to 26.9Mt in the first half of 2018 from 25.4Mt in the same period in 2017. Its net sales increased by 10% to US$1.89bn from US$1.72bn and its EBITDA rose by 7% to US$328m from US$306m.

Dalmia Bharat announced that it sold 17.0Mt of cement in the Indian fiscal year to 31 March 2018. It saw an income from operations of US$1.2bn, EBITDA of US$284m and a profit after tax of US$89.5m. The profit was 88% higher than in the previous fiscal year.

Shree Cement reported, Cement Sales Volume went up 16% to 5.64 million ton from 4.88 million ton recorded in the corresponding quarter of the previous year. Cement price realization were also marginally higher. Operating Profit however moderated mainly due to increase in Power & Fuel cost revenues of US$1.4bn in the 12 months to 31 March 2018, with an operating profit of US$398m and a net profit of US$192m. Company became eligible for railway freight rebate under the Long Term Tariff Contract scheme of Ministry of Railways during the current quarter.

HeidelbergCement India reported an increase of 50.48% in its net profit at Rs 50.08 crore for the September quarter, helped by volume growth. The company had posted a net profit of Rs 33.28 crore in the July-September period a year ago. At the end of March 2018, the overall installed cement manufacturing capacity stood close to about 465 million tonnes. Cement production during FY2017-18 was about 298* million tonnes compared to 280 million tonnes in the corresponding period indicating growth of about 6%.

The housing and real estate sector is the biggest demand driver of cement, accounting for about 65% of the total consumption in India. The other major consumers of cement include public infrastructure at 20% and industrial development at 15%.

GST Impact on the cement industry

Cement falls under the highest Goods and Services Tax (GST) rate slab and attracts 28% tax. This led to an increase in rate of taxation, further leading to increase in costs for the infrastructure sector. Post implementation of GST, the industry is looking for optimization avenues in logistics costs through direct supplies and by creating hubs to serve distant markets at lower costs. Indian producers have complained about the high rate of the local GST in the country and are expecting to reduce it to 18%.

Strong ordering witnessed in the road construction segment. During FY18, NHAI project awarding increased by 70%. While execution has increased YoY over last 4 years, the Government’s intentions are higher than current run rate.

Increasing budgetary support for Pradhan Mantri Awas Yojana (both Gramin and Urban). These programs are likely to be one of the biggest catalysts for cement demand. The Government is taking several steps to ensure better execution in the form of providing funding directly into beneficiary account, interest subsidy, revised carpet area to include more beneficiaries and removing land constraints amongst others.

India ranks the third largest producer and consumer of tiles globally. However, India ranks much lower in terms of per capita consumption, which is lower than even other developing nations such as Indonesia and Brazil. The Indian tiles industry has immense potential to scale up, led by increasing urbanization and the use of tiles for flooring. Further launch of specialized tiles based on the area of application at competitive pricing along with real estate revival would lead to demand growth going forward. The tiles industry in India grew at compounded double-digit growth for the most part of the current century due to rising population, urbanization, affordability, increasing replacement to traditional flooring materials amongst others. The impact of demonetization, slowdown in new constructions due to the introduction of GST and RERA, and higher inventories in urban areas led to lower single-digit growth rates in the past few years.

Inflation rate: Inflation plays an important role in the Indian economy. Average inflation dipped to a six-year low of 3.3% in 2017-18, is expected to rise 4.40% during FY 2018-19. One of the major reasons for inflation is an overall increase in demand for goods and services, which escalate their prices.

Raw material risk: The cement industry is highly dependent on limestone and other raw materials and the availability of limestone is limited and thus, it is essential to use blended cement, which uses alternative raw materials such as fly ash and slag. The increase in the cost of these alternative materials may further increase production costs.

Competition risk: Indian cement sector has become highly competitive with multiple large players operating in the domestic market. Earlier most of the companies were catering to specific parts of the country, now most players are expanding their reach pan-India, thus creating greater market competition.

Infrastructure risk: The infrastructure sector drives the overall development of the economy and is a major focus of the Government of India. Any pullback by the government on its initiatives will result in de-growth for the cement industry. Moreover, too many regulatory approvals and compliances might be a barrier for the segment’s progress.

Power and fuel risk: Cement industry is highly energy intensive and 23% of its total expenditure consists of power and fuel costs. Any rise in crude oil prices will adversely impact on cement sector. 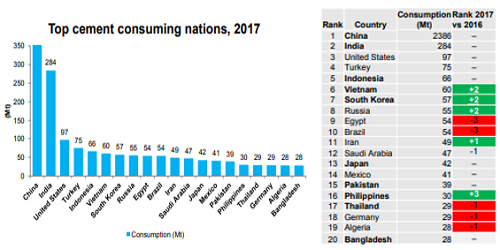 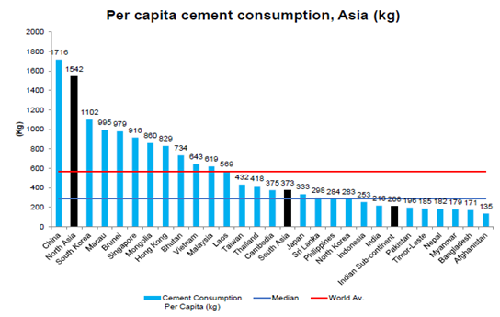 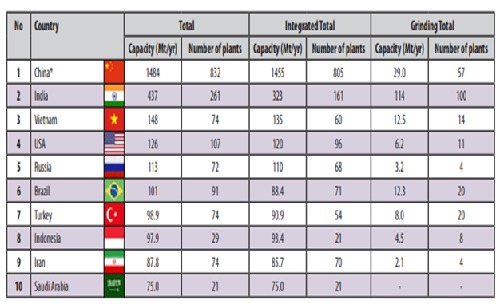