In the last few months, Century Textiles has been forming a base near 500. After making highs in September 2014, the stock witnessed profit booking and moved towards 500. Long liquidation was seen in the last couple of months as open interest declined to the tune of 20% from highs. How- ever, the stock has again started witnessing value buying at lower levels, which is also reflected in the fresh long addi- tions. It suggests that the stock is getting ready for another round of up move

The open interest in Century Textiles has increased sharply since the inception of the March series and added almost 18% open interest in the last couple of weeks. We believe fresh long positions in Century Textiles have been formed and they are looking for much higher returns. Recent up- sides in the stock have already triggered closure of short po- sitions in the Call options segment. The highest open interest in Call options is placed at the 600 strike for the March se- ries, which is already witnessing closure of positions. Further short covering is likely to be seen above this level. 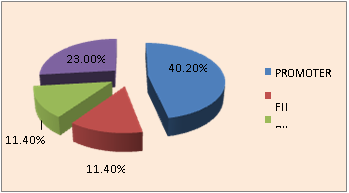 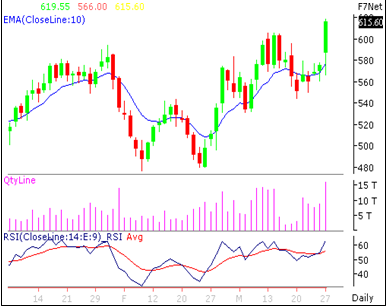 CENTURY TEXTILES LTD is looking strong on charts. We advise to buy around 605-615 with stoploss of 580 for the targets of 635-650 levels. RSI is also showing upside momentum in it on daily charts.