Coal India Ltd incorporated on November 1975, is a Public Sector Undertaking under the ministry of coal, and Government of India with its headquarters in Kolkata, West Bengal. Coal India had a modest production of 79 million tonnes at the year of inception. Presently, CIL is the single largest coal producer in the world. Operating through 81 mining areas, an apex body with seven wholly-owned coal producing subsidiaries and one mine planning and consultancy company spread over eight provincial states of India.

Coal India Limited reported its Q2 results on 12th November, CIL’s net profit increased more than eight times in the Q2 of the current financial year to Rs 3,085 crore. The net profit of the company was Rs 370.4 crore in the corresponding quarter last fiscal. During this period, the total income of the company increased from Rs 19,171.7 crore to Rs 24,209.3 crore. The company has reduced its debt substantially, in fact company is virtually debt free going forward. Coal India having established dominance amongst the coal players in India is well poised to deliver consistent growth as Industry demand picks up. Coal India is a cash cow and regular dividend paying Company. Considering all these variables, we recommend “Buy” for this stock for long term.

Coal India Ltd is the single largest coal producing company in the world and one of the largest corporate employers. The CIL produces non-coking coal and coking coal of various grades for diverse applications. Most of the coal production is from open cast mines. Company’s major consumers are power and steel sectors, also include cement, fertilizer, brick kilns and a host of other industries.

Coal India Ltd has supplied 389.63 MT coal to power sector during current year (up to January 22, 2019) registering a growth of 8% over the same period of last year. 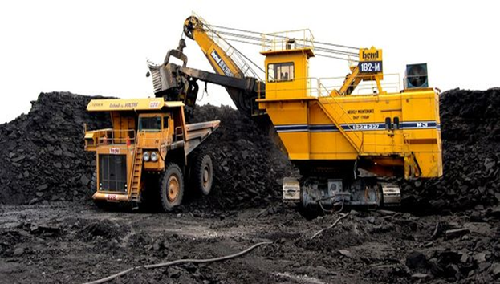 Coking coals, when heated in the absence of air, form coherent beads, free from volatiles, with strong and porous mass, called coke. These have coking properties, mainly used in steel making and metallurgical industries AND also used for hard coke manufacturing.

These are coals without coking properties and used as thermal grade coal for power generation and also used for cement, fertilizer, glass, ceramic, paper, chemical and brick manufacturing, and for other heating purposes.

These coals have undergone the process of coal washing or coal beneficiation, resulting in value addition of coal due to reduction in ash percentage. These are used in manufacturing of hard coke for steel making, beneficiated and washed non-coking coal is used mainly for power generation

Rejects are the products of coal beneficiation process after separation of clean and / or middlings, as a fraction of feed raw coal. Used for Fluidized Bed Combustion Boilers for power generation, road repairs, briquette making, land filling, etc.

Coal Fines are the screened fractions of feed raw coal and LTC coke / CIL Coke respectively, obtained from the Dankuni Coal Complex and other coke oven plants, used in industrial furnaces as well as for domestic purposes

In the coming years, coal production in the country is likely to receive a boost as the government plans to replace the country’s captive mining policy in coal and iron ore with an open bidding one. During FY2017-18, 45.18 million tonnes of coal linkages have been auctioned for the non-regulated sector.