Started in 1996, Café Coffee Day has now expanded to 1500+ outlets across 28 Indian states. Internationally, they have presence via 16 outlets in Pakistan, Austria, the Czech Republic and Malaysia and UAE. As per the filing, CDEL has a debt of Rs 2864 crore as of December 31, 2014.

CDEL is issuing IPO at price band of Rs.316-328 per share, at P/BV ratio of ~ 3.9-4.1 on post issue book value of approx Rs 80.53 per share. Though the company has strong promoter background, brand name, pan India presence, valuations looks not impressive. CDEL being a highly diversified company with large number of subsidiaries and has been posting losses for past several years, we are not positive on this upcoming issue and hence keeps a Neutral rating. For retail investors, its best to follow a wait and watch strategy and is advised to invest only when the company start posting profits. This view is primarily based on taking into consideration about the level of competition in the industries the company operates in, financial position and margins. 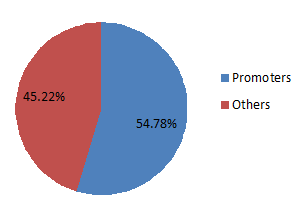 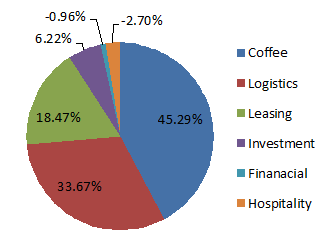 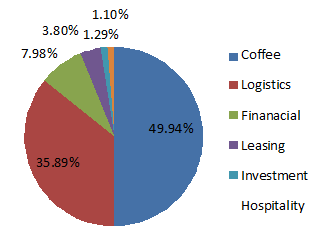 The increased income levels, favourable demographics, development of Tier II and III cities and the advent of many international chains, the cafe culture in India has been witnessing a phenomenal growth. The coffee shops and café market in India is expected to grow threefold and become a US$ one billion market by 2017. Café Coffee Day is the biggest player in the coffee shops and café market in India, followed by many international chains that have also opened up. With increasing global exposure, people expect a distinguished or a gourmet coffee experience, which many of the international brands are able to provide. However, even the Indian coffee house chains aren’t far behind. The Indian youth segment is expected to increase to 55 per cent, a major contributor to the growth

observed in the cafe houses in India. Coffee shops served as social hubs for the youth segment, particularly those with steady, disposable incomes. And now, coffee chains offer a basic emotional need – refuge, with brands acting as a place between home and office, complementing urban development, not just for the premium segment but becoming a necessity for all.

Also with the Indian middle class consumer ready to spend more and be a part of global lifestyle and culture, coffee parlours in the country are on an expansion spree. This trend increasingly being popular in Tier II and III cities of India. The compounded annual rate of growth is expected to be 25 per cent and will continue to grow with similar pace in the next few years, Coffee consumption in India has rapidly increased over the years, with out-of-home coffee consumption in India fast growing, thereby contributing immensely to the growth of in-home consumption of coffee in the non-traditional markets. India has cafes strategically located close to offices, colleges, high streets and shopping malls. The current generation is not looking at having plain cappuccino, their choices have evolved and they prefer having new innovative flavours like hazelnut, mocha, caramel etc. The tremendous success of our flavour of the month programme is a testimony to this evolving palate. CBTL develops and launches around 20 to 24 new products every year, based on seasonality as beverage of the month with the innovations bringing together international flavours.

There is a potential for a café in every street of urban India and with such potential, the café story has just begun in India. Café culture is more about creating a meeting place for people and providing suitable ambience for people to hang out and spend quality time. The corporates or entrepreneurs typically hold business meetings and use the coffee shop as a meeting places given the ambience and thereby frequenting a café more than a casual customer for whom coffee is an ‘impulse’ category. The size of the Indian food services market (organized and unorganized) in 2014 is estimated to be Rs.2.73 billion and is projected to grow to RS.5.05 billion by 2020 at a CAGR of 11%. The unorganized market holds a 68% share with an estimated market size of Rs.1.86 billion in 2014. The organized restaurant segment is estimated at Rs.0.79billion (29%) and is projected to grow at a CAGR of 17% to reach RS.1.97 billion by 2020.

Coffee day is a well recognized coffee chain brand having 1,538 cafes (as of June 30, 2015) spread across 219 Indian cities and 16 foreign countries. CCD have priced its products ~25% less when compared with its peers in the domestic markets will make the products of CCD more price attractive in the market. And having goodwill among customers and wide reach and market share of ~46% of coffee chain segment will help the company to capitalize on the demand for the products in the market.

Coffee day has extensive expansion plans. Over the next three years, it plan to open ~150 new outlets every year at an estimated spend of Rs.400-450 crore. Company plans to have at least 5,000 stores by the end of 2020. The 70% of the new stores will come up in existing cities where CCD already operates and the remaining will come up in new cities and on highways via direct outlets and franchises will help to tap the market potential. The franchise cost of Cafes starts from Rs.20lakhs, which make the franchise opportunity affordable when compared with other brands and it will further add to the growth prospects of the company.

India being a country with majority population under the age of 35, with high disposable income, increase in urabanisation, growing middle class and increase in coffee and cafe culture will help the company to increase its revenue to a notable extent.

Not so attractive financials

Average sales of CCD outlets come between Rs.15000 to Rs.22000 compared with Rs.55000 to Rs.65000 of Starbucks. Part of the reason for the lower sales is Cafe Coffee Day selling more beverages (61 per cent) than food products. And selling the products ~25% less price compared with its competitors will reduce the profit margins of the company to a significant extend.

The unoragnised players in the cafe and coffee market have a market share of ~70% of the overall café and coffee chain in India. The major organized direct competitors such as Starbucks, Costa Coffee, Barista, Coffee Bean and Tea Leaf and other local Cafes. The Company faces competition from quick service restaurants such as McDonald’s, Dominos, Dunkin Donuts, KFC, and Pizza Hut. With the increase in the low priced franchise opportunity available mainly from startups and international players further add competition to the company.