Gabriel India Limited (GIL) is a leading name in the Indian auto-component industry. Established in the year 1961, the company provides a wide range of ride control products in India, including shock absorbers, struts and front forks across every automotive segment. The company offers over 300 product models. The company provides equipment to original equipment manufacturers (OEMs), replacement and exports. Over the last 55 years, Gabriel India has established itself as a provider of innovative and proprietary products. The company commenced its operations with a single plant in Mumbai, and today has seven manufacturing plants across the country.

The company’s sales grew by 6% and the Operating Profit and PAT grew by 11.4% and 8.5% respectively in the FY17. The improved profitability was due to reduction in the cost of raw materials, control of fixed expenses, better working capital and cash flow management. The company continues to deliver results on the strength of strong customer orientation, leveraging its core competencies in technology, manufacturing and supply chain efficiency. The future prospects of the company appear optimistic due to a good monsoon this year and implementation of GST. The company’s performance in Aftermarket and Exports is expected to be better due to improved focus of the company on technological enhancements.

Gabriel India Limited (GIL), ANAND Group’s flagship company, is a leading manufacturer of auto components and is one of the most recognized brands in India. Established in 1961, the company manufactures a wide range of Ride Control products, including shock absorbers, struts and front forks. The manufacturing facilities of the company are located across India in Chakan, Nashik, Hosur, Dewas, Khandsa, Parwanoo and Sanand. Four of its satellite plants are located in Malur, Aurangabad, Kumbalgodu and Manesar. The company reported a total sales of Rs.1,513.05 crores in FY17, compared to Rs. 1,426.4 crores in FY16, a growth of 6%. The company reported an EBITDA of Rs.144 crores in FY17 as compared to Rs.129.3 crores in FY16, which is a growth of 11.4%. 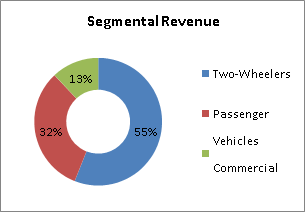 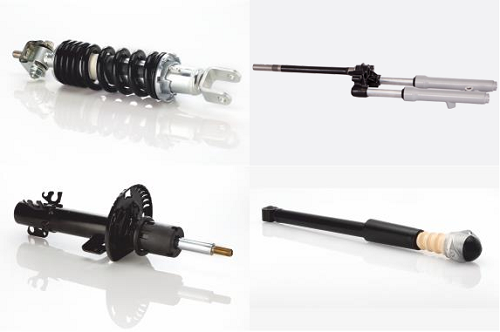 Below is a list of the company’s main customers:

Below is the summary of the company’s products and operations in OEM and aftermarkets:

Gabriel India has a strong focus on the replacement market. The company serves both in OEM and aftermarket segments through its own brand. Gabriel India exports to all major markets in North America, Europe, Australia and Asia-Pacific regions. The company has been leveraging its relationship with global OEMs to expand its global operations. The company’s exports increased from Rs.58.6 crores in FY16 to Rs.67.7 crores in FY17, recording an annual growth of 15%. In the 2-Wheeler segment, the Company has gained business from Mahindra Peugeot for the Metropolis vehicle, and has entered the market for new models in Colombia. It has started commercial supplies to ISUZU for Thailand and Indonesia in Commercial Vehicles Segment. In the Aftermarket segment, the Company has ventured into new markets, such as Honduras, Guatemala, and Kenya. 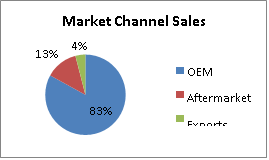 The company has managed to reduce the debt and the interest expenses over the years. The current ratio has been improving which would enable the company to meet its short term expenses more easily. The company’s operating and profit margins have improved. The profit margins have improved from 3.15% in FY13 to 5.32% in FY17. The return on capital employed has increased from 16.4% in FY13 to 26.50% in FY17. Out of the profits of Rs.81.6 crores, the company has paid dividends of Rs.17 crores, and invested Rs.46 crores in fixed deposits with a maturity of more than 3 months.

The auto-components industry accounts for 7% of India’s GDP and employs 19 million people. India is expected to become the 4th largest automobiles manufacturer globally by 2020 after China, US and Japan. The auto-components industry is also expected to become the 3rd largest in the world by 2025. The Indian auto-components industry is expected to register a turnover of $100 billion by 2020 backed by strong exports ranging between $80-100 billion by 2026. The growth of global OEM sourcing from India and increased indigenization of Indian OEMs is turning the country into a preferable designing and manufacturing base. Over the last decade, the automotive components industry has registered a CAGR of 14% to reach $39 billion in FY17. The exports have also grown at a CAGR of 14% to reach $10.8 billion. The continued support from the Government of India through Automotive mission plan 2016-26 which aims to fourfold the growth of the sector and reduction in taxes on motor vehicles is likely to increase the demand for auto components. The government also allows 100% FDI through automatic route for auto components. The auto components market in India is highly organized with 85% of the market falling under the organized sector, which is controlled by 700 companies. The remaining 15% is the unorganized sector where 10,000 companies exist.

Below is the break-up of the auto components sector in India. 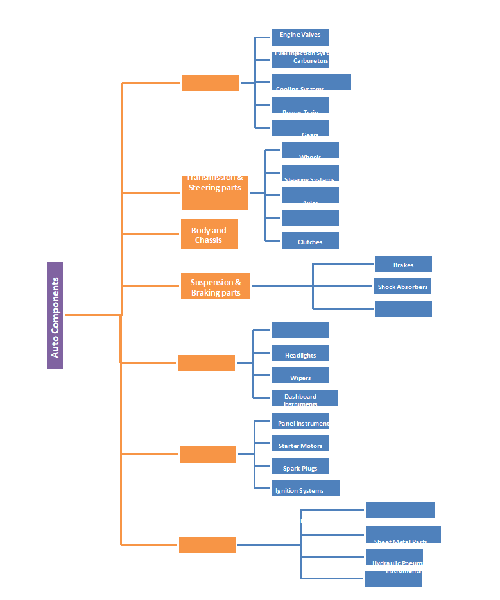 India’s projected production is around 8.7 million passenger vehicles (mostly compact cars) per year by FY20. Many companies like Ford, Hyundai, Toyota and GM are launching new vehicle models due to their earlier success in the Indian market. To make use of this growth opportunity, many global component suppliers like Bosch Chassis Systems and Tenneco & Faurecia have established R&D facilities in India to adapt global designs to the Indian market and develop new products. This robust growth in the domestic automotive industry, shift towards technological enhancements, R&D facilities and growth in disposable incomes of people has all contributed to the overall growth of the auto components sector. There are many opportunities to be captured in the components market.

Plastics: Petroleum and petroleum byproducts are the main raw materials of plastic components in cars. Chemical companies transform petroleum byproducts into plastic. Plastic comprises roughly 50% of car parts (other than body and chassis). Parts like handles, air vents, inner body, dashboard and airbags are made from plastics. The versatility, durability, and lightweight character of plastics make them an ideal material for various auto parts.

Aluminium: Aluminium is primarily being used in car manufacturing because of its excellent thermal conductivity, malleability and light-weight nature. Aluminium accounts for 15% of the total car components of the car including engine blocks and wheels.

Copper: Copper has excellent electrical conductivity and ductility. Copper is mainly used in electrical wiring and other components of the car.

Rubber: Tires are one of the most important components of a car. Rubber is mainly used to manufacture tires. Additionally, rubber is also used in belts, hoses and seals which are critical to functioning of a car’s engine. Like plastic, rubber is also durable and easily molded into different shapes. Approximately 80% of the world’s rubber production is consumed by the auto industry.

Quartz: Quartz along with sand is used to make glass and other critical electronic components of the car such as microprocessors, engine control and braking control units. 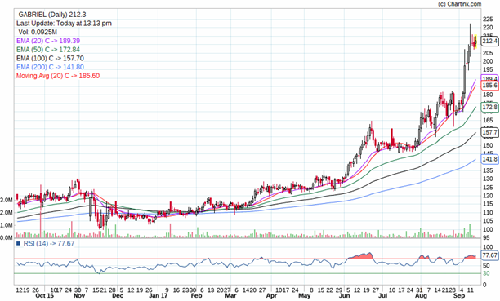