Heidelberg Cement India Limited is a subsidiary of HeidelbergCement Group, Germany. The Company has its operations in Central India at Damoh (Madhya Pradesh), Jhansi (Uttar Pradesh) and in Southern India at Ammasandra (Karnataka). As of 2018, this company has 4 cement plants, 4 grinding plants and 1 cement terminals.

HeidelbergCement India reported an increase of 50.48% in its net profit at Rs 50.08 crore for the September quarter, helped by volume growth. It has posted a net profit of Rs 33.28 crore in the July-Sept period a year ago. Total income during the quarter under review was at Rs 492.03 crore, up 14.90% as against Rs 428.22 crore in the corresponding period of the last fiscal. The company has repaid around 50 million in its 2nd quarter and remaining 750 million will repay in the rest of the year. Demand is mainly coming from housing projects in central India. Company is projecting 7% demand during the year. EBITDA clocked high EBITDA highest ever EBITDA per ton. In capacity utilization they are close to 82%. In terms of blended cements, they are a 100% blended cement company. Overall, the company has a strong positioning in the central market and has superior margin profit compared to its peer. Considering all the points we recommend “BUY” for this sock for long term.

The company has one of the lowest Lost Time Injuries frequency rate of 0.13 against an industry average of 0.8 in the Country, almost 6 times lesser than the industry average and is testimony to the Safety Culture in the Company. 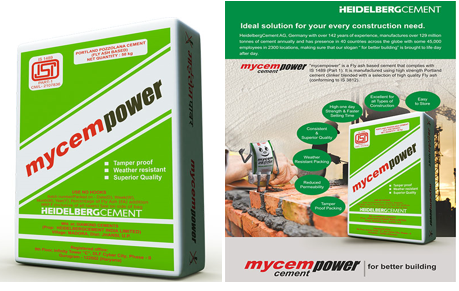 India is the world's second-largest cement market and has added 110 million tonnes of cement by way of capacity in the last five years. India's cement capacity stood at 460MTPA as of December FY 2017 and is expected to increase by 5.0-5.5% y-o-y in FY 2018. India has 575 operational cement plants in the country and this industry is largely dominated by private players (98%). The top 20 cement companies manufacture around 70% of the total cement and a larger share of bigger plants are situated across southern and western parts of India across the states of Rajasthan, Andhra Pradesh, and Tamil Nadu.

The cement industry is dependent on natural resources and is highly energy intensive. Natural resources like limestone, coal and minerals are essential to produce cement. The industry needs to ensure the continuous supply of these materials at an optimum cost and quality, however due to the depletion of reserves, this is becoming challenging. Volatility in the price of coal is also an area of concern for the industry. The quality of raw material additive and mineral gypsum is also depleting. The MMDRA Act’s new notification as of 12 January 2015, stated that the renewal of Mining Leases and grants of Mining Leases and Composite Licenses will happen through Auctions. For continuous operation, there is a need to secure limestone with a minimum reserve of 50 years.

The ready-mixed concrete industry (RMC) has been considerably successful globally. RMC in India is still at a nascent stage. RMC accounts for only about 10-12% of the total concrete production in India, which is a small number as compared to western countries, where it comprises 50-70% of the total concrete consumption volume. The penetration level in the metropolitan and tier-I cities is relatively higher and accounts for about 35-40%, while in tier-II cities penetration level is about 20%. Over the past year, there has been a rise in demand for RMC due to technological improvements and innovations. The central government is pushing for more infrastructure development as well as completing on-going projects in a time bound plan. Government is also focusing on the creation of “smart cities” which would lead to the construction of commercial, residential and recreational centres, along with public utilities like roads and railways. This will boost the prospects for RMC as a viable alternative to traditional concrete.

RMC is also finding better acceptance among the most real estate developers in the country, especially in urban areas. Thus, the potential for this segment remains quite large.

For the above reason, manufacturers have stepped up efforts to improve capacities in this sector. Increase in demand for RMC is expected to boost cement production as well, as cement is the most essential component of RMC. RMC is expected to account for up to 25% of the total cement consumed by 2022, as predicted by Cement Vision 2025. 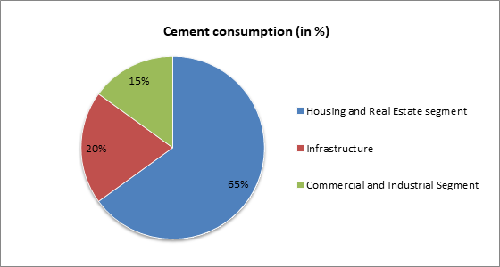 The housing and real estate sector is the biggest demand driver of cement, accounting for about 65% of the total consumption in India. The other major consumers of cement include public infrastructure at 20% and industrial development at 15%.