The hospitality sector continues to be impacted by a weak pricing scenario in the backdrop of excessive room inventory in key domestic markets and sluggish macro-economic environment both in India and major source markets. The segment revenue registered a growth of 8.1% during the quarter.

The Paperboards, Paper and Packaging segment was impacted by the continuing slowdown in the FMCG industry and input cost pressures. Consequently, during the quarter, the Segment Revenue declined by 4.6% and the Segment Profits grew a muted 1.1%. 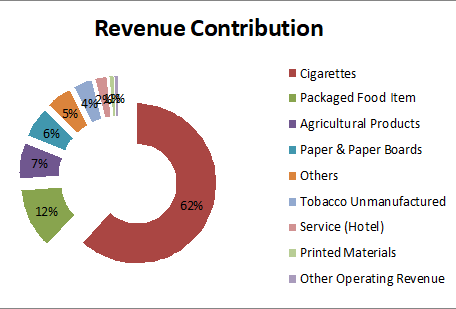