With Superior project management skills, focus on measuring and monitoring quality and its planned expansion LUPIN Technologies will be able to grow with revenue CAGR 20% and Margins improving 200-300 bps. We recommend BUY on the stock at CMP of Rs. 1450 to target of Rs. 1720 (EPS of 59.34x FY17).

Lupin Ltd., incorporated in the year 1983, is a Large Cap company (having a market cap of Rs 66516.09 Cr.) operating in Pharmaceuticals and health care sector. 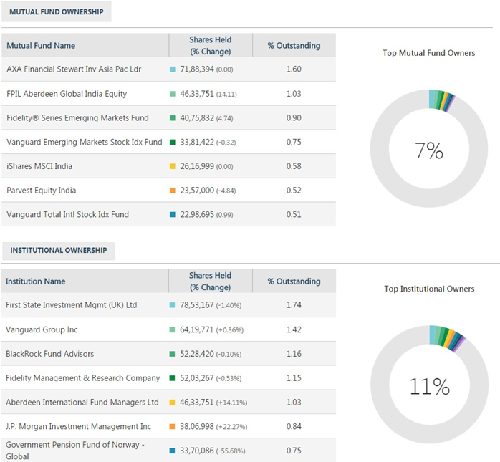 US growth despondency due to pricing has given way to a sharp sequential growth in US business. While at least USD6-7mn of the growth was due to Suprax seasonality, given that Lupin Ltd has launched only 4 products over past few months, the growth is all the more surprising. Lupin Limited has told that growth was due to mix of volumes and pricing means improved realization beyond gFortamet, which is a change from severe pricing pressure witnessed in past few quarters. 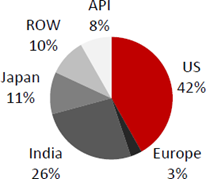 Generics business grew by 18% QoQ as higher cephalosporin sales and a partial impact of gFortamet price hikes negated the effect of market share loss in gTricor and niacin. The branded business was up 56% QoQ to US$ 15mn, driving a ~22% QoQ growth in the US business. Robust Q4 numbers point to even stronger Q1FY17 earnings, boosted not only by gGlumetza but also the full impact of hike in gFortamet prices and Suprax seasonality.

FDA inspected nine out of LPC’s 12 plants in the last few months, of which Goa received form 483 with nine observations, and Indore and Aurangabad plants three observations each. Indore observations are cleared while those for Aurangabad are expected to be cleared soon. As per management, it has addressed form 483 issues and the Establishment Inspection Report (EIR) is awaited. Note that approvals are not withheld from these plants.

Also in constant currency terms, we expect the Japanese market to deliver 10-12% growth. Though volume growth is expected to remain strong, driven by increasing generic penetration and patent expiries, the pricing environment remains challenging due to aggressive competition from local generic companies. The increase in patent expiry, particularly in Neuro/CNS and cardiovascular segments over the next two years, should benefit Lupin, as the company has a strong presence in these segments.

Overall though the price hikes and steady stream of launches alleviate near-term earnings uncertainty, triggers for FY17 and beyond are still uncertain. See the stock supported by improved near term visibility.

Old ANDAs approval momentum to sustain in the near-term

Out of the 106 ANDAs pending approval as of July 2015, we believe 61 ANDAs are in the public domain. This is based on litigation records and voluntary disclosure by Lupin Limited. The 61 ANDAs have annual brand sales of USD 40bn, according to our estimates. Thus, we believe that 46 ANDAs with sales of USD15bn are not in the public domain. Therefore, the pipeline visibility is high at 57% in terms of the number of ANDAs and 73% in terms of the brand value of the pending pipeline.

Gavis acquisition: A step to expand capacity and pipeline size

Since Lupin has already made initial investments in segments like derma and controlled substance, an area where Gavis has a strong presence, the acquisition makes a limited impact in improving formulation capabilities, in our view.

Like for Lupin, we find the approval rate for Gavis has also increased in the recent past. Interestingly, we find that the average time for approval for Gavis is an impressive 37 months in 2015 so far. We estimate that ~40 out of the 66 ANDAs pending approval were filed before 2013 and hence are ready for approval in the near term. This, along with the fact that Gavis’ facility faces no regulatory uncertainty (the facility was inspected in 2015 without any 483 observations) implies a high intensity of product approvals. LPC&rsquo's management expects Gavis to gain 23 more approvals in FY16 (in the next six-seven months) and 34 more in FY17.

Lupin Limited is committed to developing a branded pharmaceutical presence for pediatric practice in the US market. It has launched Suprax® an important anti-infective product in pediatric and other physician practices within the United States. Suprax® is now available in tablets and suspension formulations. Lupin Ltd has an exclusive license in the United States to use the Suprax® trademark. They have plans to pediatric products and help meet the needs of children. Our focus is on in-house product development with our proprietary oral controlled release and taste masking platforms.

We expect a step-up in R&D spending by recording a CAGR of 25% over FY15-18F. R&D as a percentage of sales should be at 11-12% over the next three years. Despite the rise in R&D spending, we estimate EBITDA margins to range between 27% and 32%. We believe acquisitions will lead to a rise in net debt in FY16F.

Specialty drugs will have a high margin compared to generic drugs due to high demand and less supply. Lupin has been spending enough R&D on changing the face from Generics to Specialty. However, cash flows on account of US launches should help bring down net debt over FY17F-18F.

Consistent dividend will help institutions who hold huge large stake get incentive and is treated as boost to investors.

We value LUPIN Ltd for a price target of 1720 for FY17 with expected revenue CAGR 20% for FY16-FY19. For valuation we assume that over the period company will keep capital structure unaltered and tax rate unchanged.

Lupin is trading at discount to its peers, P/E at 28.55 against 31.10 its peers. At 31.10 P/E Lupin should be trading at its fair market value of 1570 per share. Though this value is on the higher side, with the quality of Lupin’s management, its lower debt and higher growth it should be trading near to its fair value. We believe that Lupin should trade at premium given Lupin’s lower debt, strong brand equity, healthy growth prospects, improving profitability margins, better return ratios, strong balance sheet and prudent management.

With Superior project management skills, focus on measuring and monitoring quality and its planned expansion LUPIN Technologies will be able to grow with a CAGR 20% and Margins improving 200-300 bps. We recommend BUY on the stock at CMP of Rs. 1450 to target of Rs. 1720 (EPS of 59.34x FY17).

The Indian Pharmaceutical market (IPM) accounts for approx. 1.4% of the global pharmaceutical industry in value terms and 10% in the volume terms. The IPM is valued at Rs 860 bn for the year ending March 2015. The growth in 2015 stood at 12.9%. Owing to robust historical growth and future prospects, many MNC companies have active presence in the Indian pharma space.

The IPM is highly fragmented with about 24,000 players (330 in the organized sector). The top ten companies including domestic and MNC companies make up for more than a third of the market. The market is dominated majorly by branded generics, which constitutes nearly 70% to 80% of market.

Besides the domestic market, Indian pharma companies also have a large chunk of their revenues coming from exports. Major companies are focusing on the generics market in the US, Europe and semi-regulated markets; others are focusing on custom manufacturing for innovator companies. Biopharmaceuticals is also increasingly becoming an area of interest given the complexity in manufacture and limited competition. 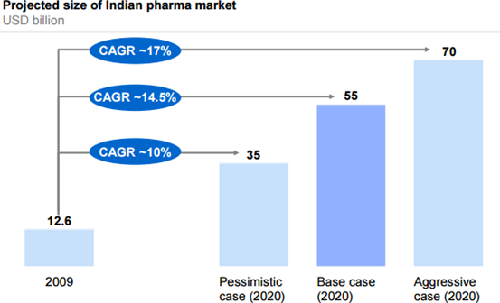 Bulk drug policy - To reduce India’s dependence on China, the government has promised to come out with a bulk drug policy by March. Bulk drugs, or active pharmaceutical ingredients, are the active raw materials used in a drug. India gets more than 75% of its bulk drugs from China. A boost for public sector enterprises, tax-free status for manufacturers and cluster development are likely to be the highlights of the policy.

Online pharmacies - Regulation of the booming business of online pharmacies is also expected. The DCGI has constituted a subcommittee under the chairmanship of Maharashtra Food and Drug Administration commissioner Harshdeep Kamble to frame regulations for online pharmacies. The issue came into the limelight after 800,000 chemists across the country went on a nationwide strike in October against the move by the government to regularize the online sale of medicines. 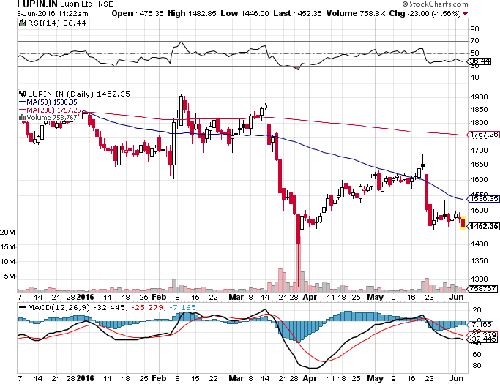