Reliance Infrastructure is likely to cross USD 7 billion- markover the medium term, as investment in the infra- structuresector emerges key to the sustenance of GDP growth in the country. Reliance infrastructure has in- vited bids from Indian as well as foreign companies to procure 1,500 MW of power to meet demand for its Mumbai distribution licence area. it has emerged as the highest bidder to develop and operate five non-metro airports in Maharashtra. RIL has a 45% stake in Reliance Power and through the associate company route will continue to participate in the Indian power story. How- ever, as of date Reliance Power only has about 600 MW under operation. 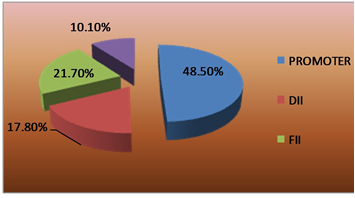 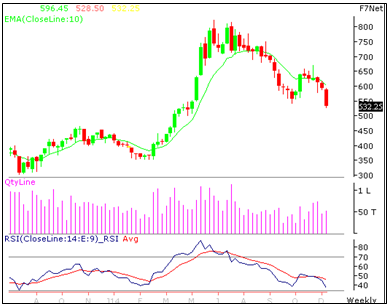 RELIANCE INFRA is looking weak on charts. We advise to sell around 530-550 with stoploss of 580 for the targets of 505-470 levels. RSI is also showing downside momentum in it on weekly charts.