SpiceJet is the 3rd largest low-cost carrier airline in India .Promoted and managed by founder and Industry veteran Mr. Ajay Singh, the company is engaged in the business of scheduled air transport services and cargo logistics. 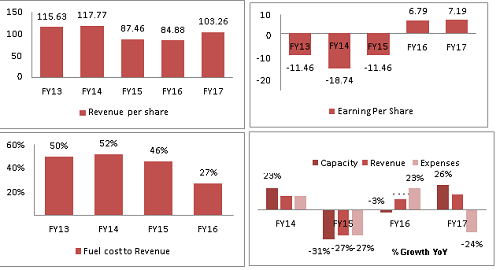 Fleet Size and Division: Total fleet size is 50, which contains

SpiceMax: Is a premium service offered by SpiceJet to enhance the passenger convenience. SpiceMax seats are wider and roomier. SpiceJet is looking for additional revenue by giving premium service with little operational cost.

Future Prospects: Recently SpiceJet has placed biggest order in the history of Indian aircraft of 205 aircrafts worth $22 billion.

There are a total of 22 airlines which are operational in India as of 2015. There are 6 major airlines as follows, 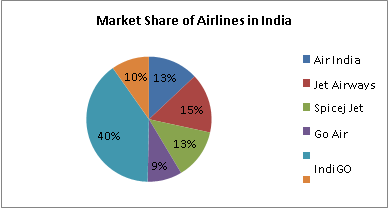 Total commercial fleet size is 496 aircraft (as of March 2017), with orders for more than 650 in the pipeline.