Wipro Limited began its business as a vegetable oil manu- facturer in 1945. During 1980s, Wipro entered the Indian IT industry by manufacturing and selling mini computers. Today, the Company is a global IT major which offers ser- vices to various sectors including financial services, retail, transportation, manufacturing, healthcare , energy and utilities, technology, telecom and media.

Cross currency stress to persist in IT cos Q4 numbers:

March quarter earnings of IT services players are likely to reflect continued cross-currency pressure, usual delays in project ramp-up at the beginning of the calendar year and challenges related to weather patterns in North America. We expect management commentary to be cautious given the uncertain macro environment in developed markets, and volatility in commodity and currency mar- kets.

However, discretionary spend pipeline in the US and out- sourcing pipeline in Europe will remain as the positive trends, Modest volume growth, business investments and cross-currency headwinds would be key margin dampen- ers in Q4FY15. We expect most of the companies to indi- cate low-teens growth in FY16, which would be in line with NASSCOM guidance of 12-14 percent. We Expect FY 16-17 lower earnings for the top 4 players and 3-10 per- cent for others to build in the cross-currency headwind and weaker volume growth. 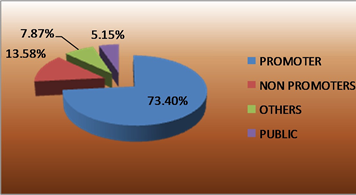 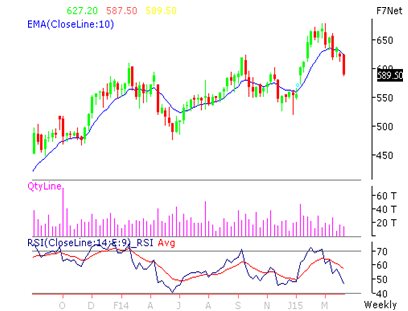 WIPRO FUTURE is looking weak on charts, short build up has been seen, we may see more downside, if it sustains below 600 levels. We advise selling around 590-600 levels with strict stop loss of 625 for the targets of 560-520 levels.